In 1966 he wound up in Texas for his two-year shift in the US Army, as an Emergency X-Ray Technician at Ft. Sam Houston in San Antonio. There he performed at local venues and private parties, on local radio and TV, and in the forefront of war resistance gatherings. Upon discharge in 1968, he expanded his musical scope and added professional audio recording, music production and sound reinforcement work. Although live music kept bringing him to Austin (for the 11th Door, the Vulcan Gas Company, and concerts at the Municipal Auditorium), his house in San Antonio became somewhat of an acoustic music cultural center, and was home to Mance Lipscomb, Ramblin’ Jack Elliot and others when they played in that wonderful city. There he studied classical guitar with David Underwood. I am mostly self-taught, but I have learned something from almost every musician with whom I’ve played.

Eventually the music scene around his house gave birth to Tiger Balm, a band that defined eclectic. Seven band members with thirty-plus instruments would journey through string band, jug band, bluegrass, country, swing, blues, and rock music in the course of a single performance. Though swimming against the current of accepted music business marketing principles, Tiger Balm began to develop a devoted following in central Texas. In 1970 a band member stopped by the new successor to the Vulcan Gas Company, Armadillo World Headquarters, with a live Tiger Balm demo tape. In short order Eddie Wilson and Bobby Hedderman booked the band as the opening act for the first-ever New Year’s Eve celebration at AWHQ. Eddie Wilson took a real liking to Tiger Balm, and began booking the band to open Shiva’s Head Band shows around south and central Texas.

By the fall of 1971 Hank was ready for a break. In early 1972 while traveling in British Columbia he learned Shiva’s Head Band was looking for a new guitarist. He wrote Wilson offering his services, unaware that Eddie no longer managed the band. Eddie gave the letter to leader Spencer Perskin who invited Hank to come to Austin and join the band.

Some things work better in theory than in practice, and Hank’s tenure with Shiva’s was short. But he was hooked on Austin, and would in time perform with Balcones Fault, Diamond Rio, Cedar Frost, and the Armadillo Stars, and build the recording studio Onion Audio inside AWHQ. In November of 1976 he took over the reins from Eddie Wilson as general manager of Armadillo World Headquarters.

At the time the famous concert hall was struggling for its life, powered only by shoulder-to-the-wheel diehards who would eventually find themselves thirteen weekly paychecks behind, while manning the finest trenches in the forefront of the battle to bring live music to Austin. He gradually nurtured the world famous concert hall through a tunnel of Chapter 11 bankruptcy darkness.

The wrecking ball took down the concert hall in early 1981, and in 1983 Hank and his wife, Lanis, and their children left Austin’s quickening urban environment for Plumas County in the mountains of northeastern California. There he and Lanis home-schooled the kids, while Hank offered audio recording, music production and sound reinforcement services, in addition to performing solo and in a variety of ensembles. 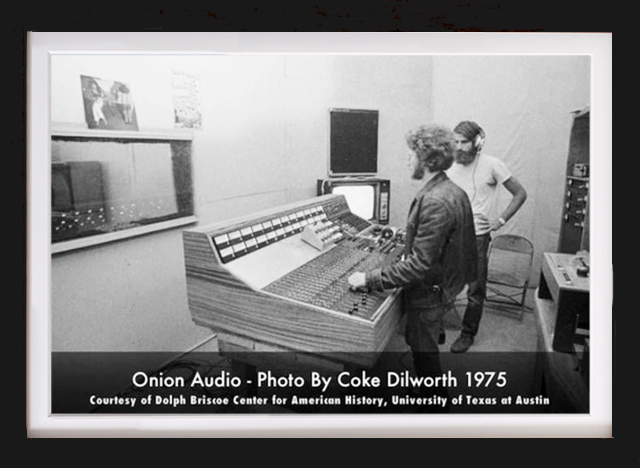